-  Tue May 28, 2019 8:04 am #5331
Well both of my other cars decided to take a crap and stop working on me so I had to scramble and fix the windows so I can actually roll them up and down. With the AC out being able to open the windows is a must. So I spent yesterday wiring the window regulators so that I have functioning power windows. It’s awesome , I really like how easy it is, still don’t have the switches mounted they are just loose in the car, and I need to figure out a better way to splice them to the cars power currently running them straight off the battery. But for now it works and is awesome! 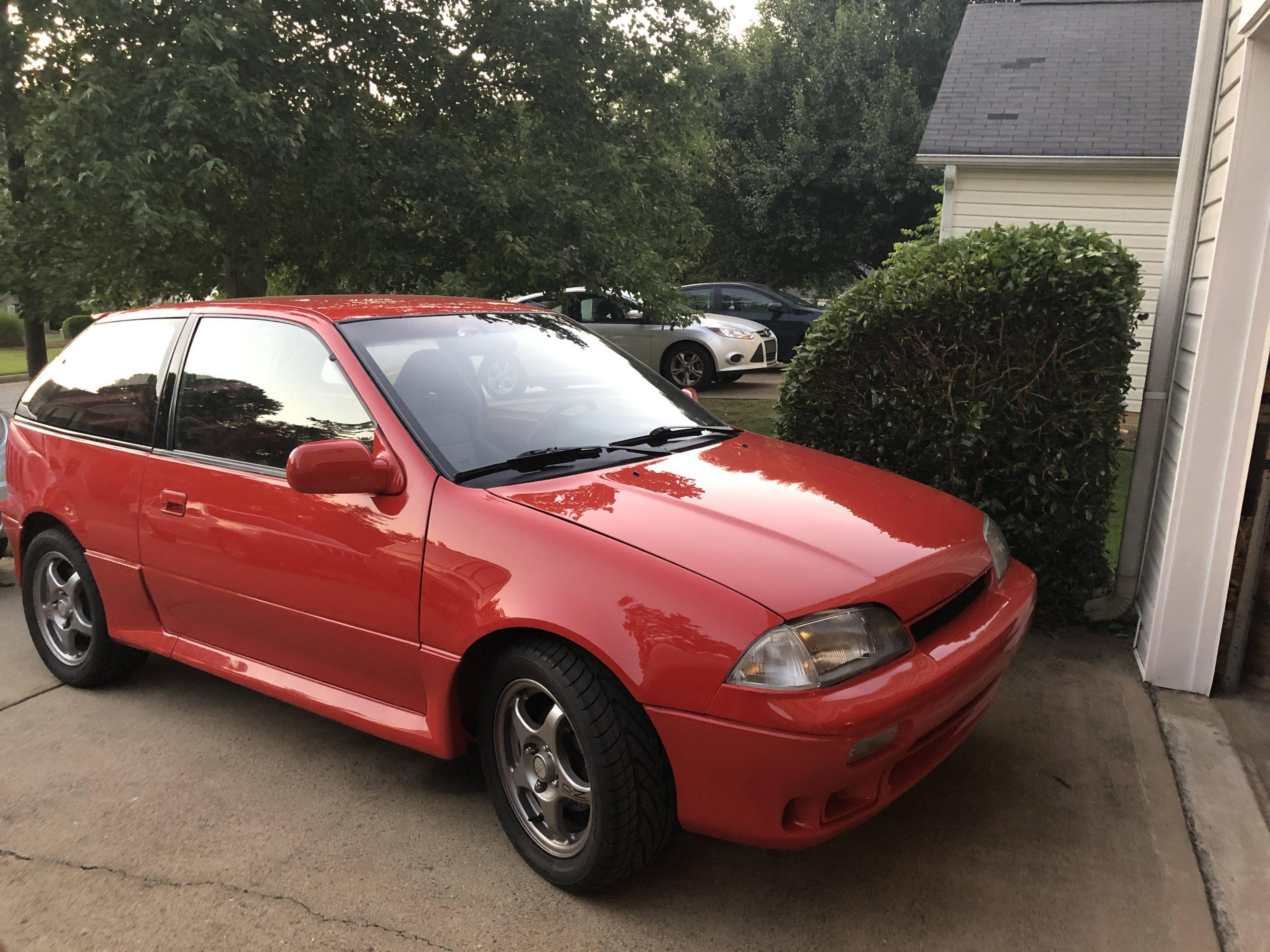 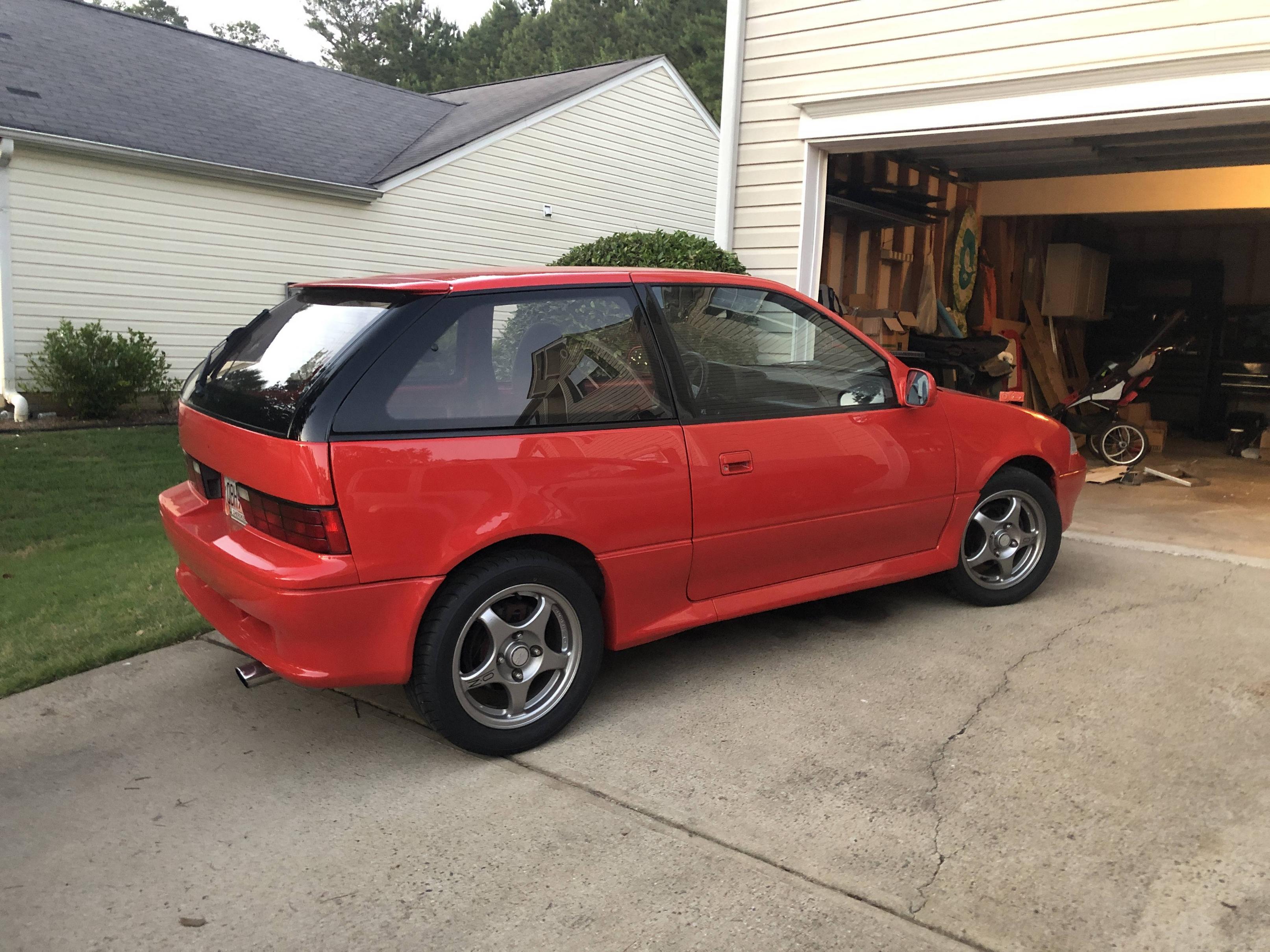 So now I’m quickly shopping for a new car for the wife, I guess after 260,000 miles my Jeeps have probably earned a junkyard retirement. :D :D
fireflyse liked this
Admin of the Suzuki Swift Repository, as well as a GTi fanatic! Currently own a Red 89 GTi and a Black 93 GT .

Yeah at least for now. I may fix it later to use as a truck. But it's been planned for awhile to get a new family car so for now I'm not putting any money or effort into it.
fireflyse liked this
Admin of the Suzuki Swift Repository, as well as a GTi fanatic! Currently own a Red 89 GTi and a Black 93 GT .

Good luck with your switches.

-  Sat Sep 14, 2019 7:28 am #6442
Apologize in advance for the rant post that will be forth coming. So, my car search for the wife did not go well, it took ages. I am a strong believer in owning my cars, and I don’t like car payments. So used is the only option for with my current finances. Student loan debt ridden single income family, that we are. So I wanted to make sure that the next car I go for my wife was going to last for a long time and need minimal maintenance for awhile. I’m so tired of weekend mechanic work on the family car just to get through the week. So I was determined that if I was going to finally get a new car it would be an upgrade that would last us for awhile.

It was a pretty good setup, because that way I didn’t have to drive the swift all the time and I could actually work on it. It’s hard doing major work on a car that you are also going to need for work in the morning. Anyhow, so the jeeps were just not working out anymore, and we really wanted something with more space, better ac in the rear for my son, better all round. So I had my heart set on a newer Sienna, and boy I almost ended up having to change my mind. I wanted a 2011 or newer but they are just dang expensive still given that this was unexpected I didn’t have time to save up for it like I had planned and ended up getting a small loan to help me pay for how much I thought I would need to get a car. Turns out I sorely underestimated the resale value on a 8 year old Sienna, there are tons of them available, but everybody still wants 15K for a trashed one. I finally found one at the beginning of this month, a really nice 2012 Sienna SE with only 120K on it that is in super shape, so far it has been an absolute pleasure and the wife loves it. So I finally have the wife car situation solved, but my situation is that I’m still dallying the swift despite needing to finish a whole pile of work on it. I just haven’t had a choice, and it’s been driving me crazy.

I have done a few small things, like dropped my 5.25 inch speakers in the rear speaker cavities so I can use the radio again since I was driving it everyday. But it seems that the little car finally decided to quite of its own accord, letting me know it is high time I did some work on it. On the way home from work yesterday the alternator bracket broke and shredded the belt, I heard the clunk of it falling and then screeching the rest of the way home. So it’s not going anywhere until I find a new bracket, and I probably need to take this opportunity to fix a few other things to make it a bit more reliable and comfortable to drive while I sort out my vehicle situation. I may try to do an engine swap on the 2000 jeep to get it back in service so I can do more extensive work on the swift like the new motor I have planned.

Current list of top priorities in random order:
Hmmm I think that’s plenty for now, I’d be pretty happy to have that list taken care of, I need to hunt down an alternator bracket ASAP or the car won’t be going anywhere for awhile.
Admin of the Suzuki Swift Repository, as well as a GTi fanatic! Currently own a Red 89 GTi and a Black 93 GT .

-  Sat Sep 14, 2019 1:58 pm #6443
I know how it feels. Time is the most precious commodity. I’m just going to do a few things to the white gt and put my black gt in the shop so I can actually install all the stuff that I have for her. If I do that I’ll be lucky to get a few hours in every week and hopefully get her done before winter. Good luck with getting everything done.

Mine's not officially for sale but always open to […]

Hi Guys, I just wanted to say that you may see s[…]

The Esteem was supposed to be the natural successo[…]