-  Fri Aug 09, 2019 12:11 pm #5988
Alright so first of all I’m not an expert on this really. So I’m making this guide for myself as much as anything. I will need input from everyone here to help make this thing worth reading. So please provide lots of input and I’ll update the top list/topic accordingly. So my intention is to create a recommended list here for upgrades to our cars that are prioritized and categorized in the following way:
Category Ok so that’s the format I’m shooting for, the assumption being that if you are looking at mods in the streetable mods list you have already done everything in the categories below it. I realize that some of this is subjective and some of these may be interchangeable, and we all may have some different opinions. That’s great though let’s just keep it civil and feel free to share your input and experiences. I don’t want to include guides or how to’s here, I just want this to be a succinct recommendation checklist. We can add links from this topic to appropriate relevant posts or guides in the correct subforums suspension, engine etc. This won’t be comprehensive at first by any means I want to add to this over time, so let’s just keep the input coming as you guys have time to comment and share.

I’m going to kick this off and just start populating things feel free to comment and suggest new priorities or missed items please:

Suspension Braking Engine Head Engine Block Transmission
Admin of the Suzuki Swift Repository, as well as a GTi fanatic! Currently own a Red 89 GTi and a Black 93 GT .

-  Fri Aug 09, 2019 12:18 pm #5989
Oh also if you have any suggestions for teamswift topics addressing these particular mods and upgrades that haven’t been migrated etc let me know and I’ll do my best to get them on the priority list for moving to the new site. Here’s a link in case you need to browse and try to find a particular topic: http://ssgtirep.com/tsarchive/
Walt liked this
Admin of the Suzuki Swift Repository, as well as a GTi fanatic! Currently own a Red 89 GTi and a Black 93 GT .

-  Thu Aug 29, 2019 12:03 pm #6270
Suspension,
Just from my experience, take it for what it’s worth, the front upper strut brace is not really needed. The strut towers are pretty close to the firewall and pretty stout. I used the “bolt it on, slightly lose and use paint as a marker to see if they moved” technique, and there was no movement, so in my opinion, they are not worth the weight, nor the price. One area that improved my handling immensely was to reinforce the spare tire well where the rear sway bar mounts. I simply used some ¼ flat bar and a section of 1″ square tubing and it was a major improvement. I can get pictures if someone would like. With the under-body frame braces, 4pt is definitely better than 2, and 2 is night and day better than nothing. You already listed the toe bars, which I feel are crucial, especially if you have higher grip tires. Stock links flex and I ended up backwards a few times before I found that weak spot. On the front control arm bushings, using ones with added caster are very helpful, gives us a better camber angle throughout the sweep so we don’t have to run as much static, leaving a better patch for acceleration and braking. Upper mounts that are adjustable help with this as well.
Brakes,
With braking I used the Honda calipers, the type of racing your doing will help determine the pads you want, for autocross I used the Hawk hp pads and they were more than plenty. I left the rear alone. For fluid I actually used a power sports fluid, I believe Polaris, as it was a dot 4 designation that had a higher boiling point than dot 4 fluid I was finding at local stores, and even higher than a lot of race fluids at a fraction of the cost. If you are going full on track racing, I would probably find some better components, such as wilwood calipers and better fluids but for daily, auto-x, hillclimbs, and an occasional track day this did fine for me.
Engine,
I’m not really an engine guy, more of a chassis guy, so I left mine alone. It seemed to work good enough for me, but I also took a lot of weight out of everything to help the power to weight ratio. Someone who likes building power can probably help here.
Transmission,
Try to find a diff that has the final drive that matches what you intend to do with the car. I used a 4.39 diff and my second gear topped out about 61 on the limiter, which was occasionally hit on long stretches in autocross. I found it worked well with my stock engine, again, more power you may want taller gearing. A limited slip diff of any kind is a huge improvement and should definitely be considered early for performance use. Phantom grips leave you with a bunch of metal in the case and I would change trans fluid with oil changes if you choose a friction based lsd like these.
macuserman liked this

Suspension,
…One area that improved my handling immensely was to reinforce the spare tire well where the rear sway bar mounts. I simply used some ¼ flat bar and a section of 1″ square tubing and it was a major improvement. I can get pictures if someone would like…


Would be great to see an image when you get a chance.

My rears are attached with a couple fabbed plates. 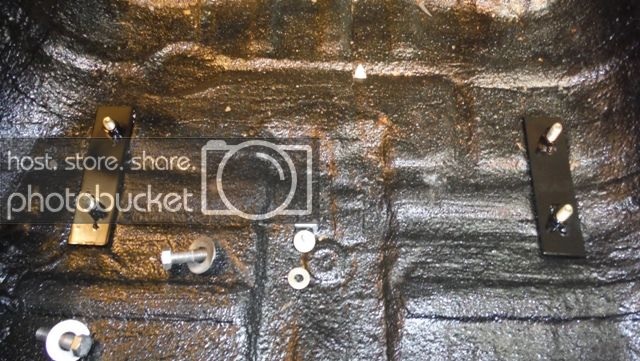 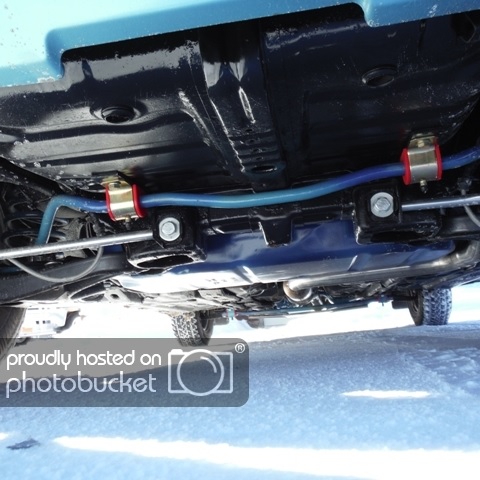 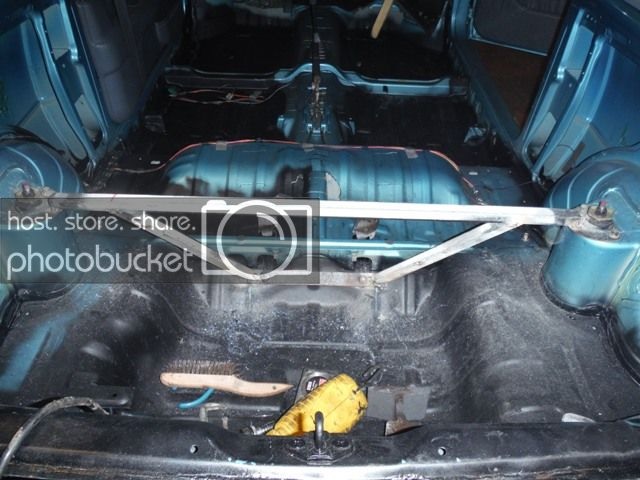 Images from my daily driver/occasional track car build from 2012

-  Sat Aug 31, 2019 9:47 am #6299
Basically where your fabbed plates are, i made mine a little longer to provide a little more torsional support, and put a section of tube between the two, right between the mounting bolts, parallel to the sway bar, but in the tire well. I went to take a picture and apparently i have removed it. I must have sold it when i was parting out the goodies.
SnowFish liked this

A word to the wise. SRD are rip off artist. Avoid[…]

I tighten my alternator today, cleaned down the ca[…]