I have a set of those too, and they are great except for a popping sound they make which is probably due to my specific rate springs being to stiff. Anyhow, he made a second rev later and I never scored a set of those. I do have his email address but last I heard he was no longer making them. He seemed to be going through some tough times in his personal life. I need to just reach out and see how he is doing. Anyhow, I doubt he is making these again, I think he was commissioning them to be made by someone else anyhow and not making them personally, but was never super clear on that. If anyone has a set or Richards that they aren’t using or want to dispose of that would be my ultimate.


That popping noise is due to the center mount being too tight. The nylon/urethane rubs the mounting bracket. I used 1mm shims, on either side, so the bracket would clamp to the steel bushing and not squeeze the urethane. Shims are needed on the outers, as well, to maintain mounting geometry. Arm should have not side to side load. Should swing up into the center bracket without having to push towards the front or back.
Lot’s of grease, install, and popping gone.

I built my own set from materials purchased from SpeedWay. But had to have new steel bushings made for 12mm ID. The ends only come in SAE. Doesn’t take much slop to make them rattle. Would be wise to ask seller what side ID the bushings are.

I tried T3RapTops heim joint links. They wear quickly and rattle. That’s why I went with the solid style listed here. And used shims to eliminate the popping/squeaking.
macuserman liked this

-  Sat Aug 31, 2019 8:58 am #6298
i bought 2 sets from a teamswifter many years ago, the first set became '‘clunky’' after 5060,000 km…installed the second set, they are fine, until the heim joints wear out again….i would personally go with rubber bushings, or poly filled ones , when this set wears out.,
or just install oem ones….
SnowFish liked this
existing

Does anyone know the eye to eye length? I used to have some aluminum/heim ones, but i sold them snd can’t remember the length now

I think I bought the ones you had. Are these them? 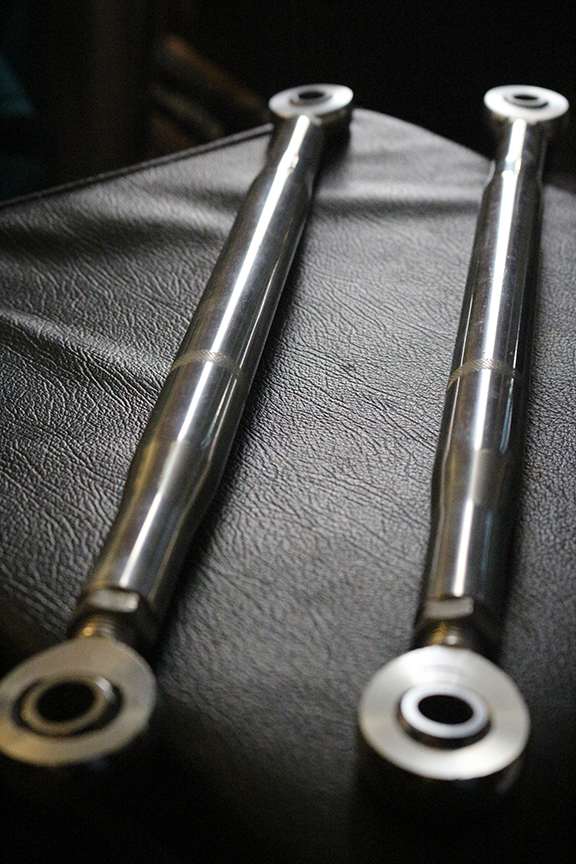 Before i order another set, were you looking to sell them back?

No. I quite like these ones. I bought some boots for the ends. The popping sound of the heim joints doesn’t bother me at all.

I tighten my alternator today, cleaned down the ca[…]

I have a complete set. I only installed the insid[…]