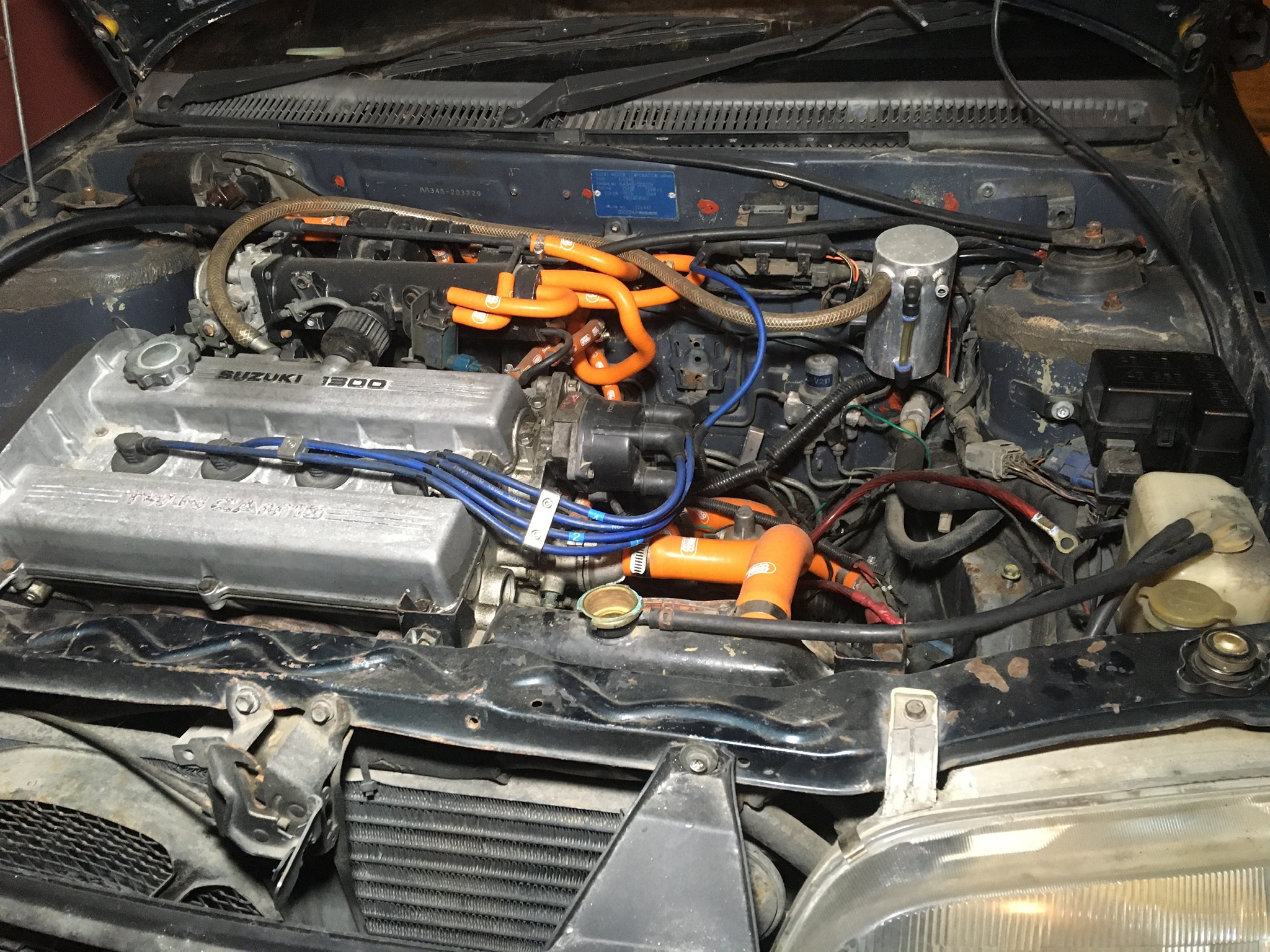 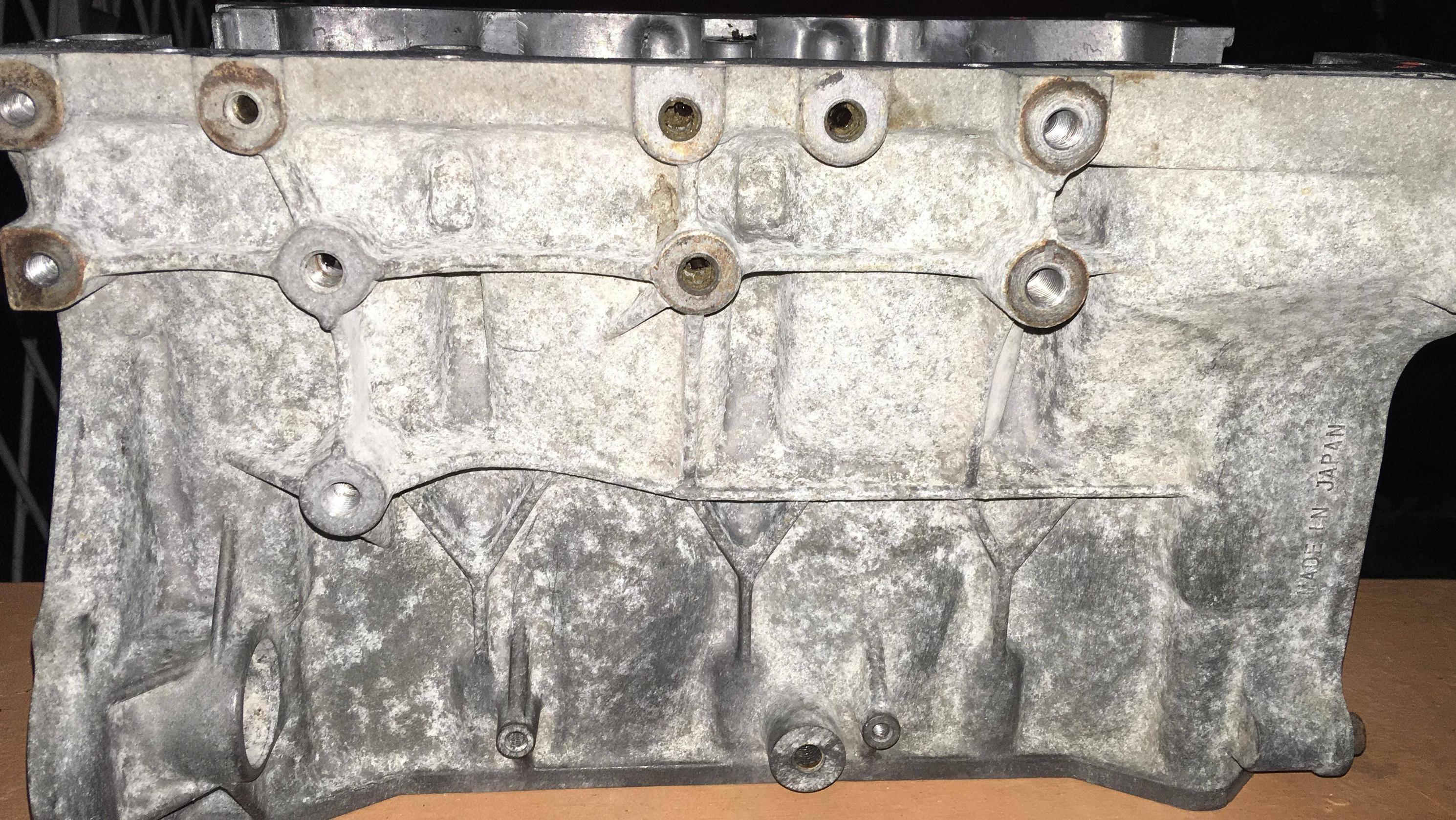 After being tanked and hosed down: 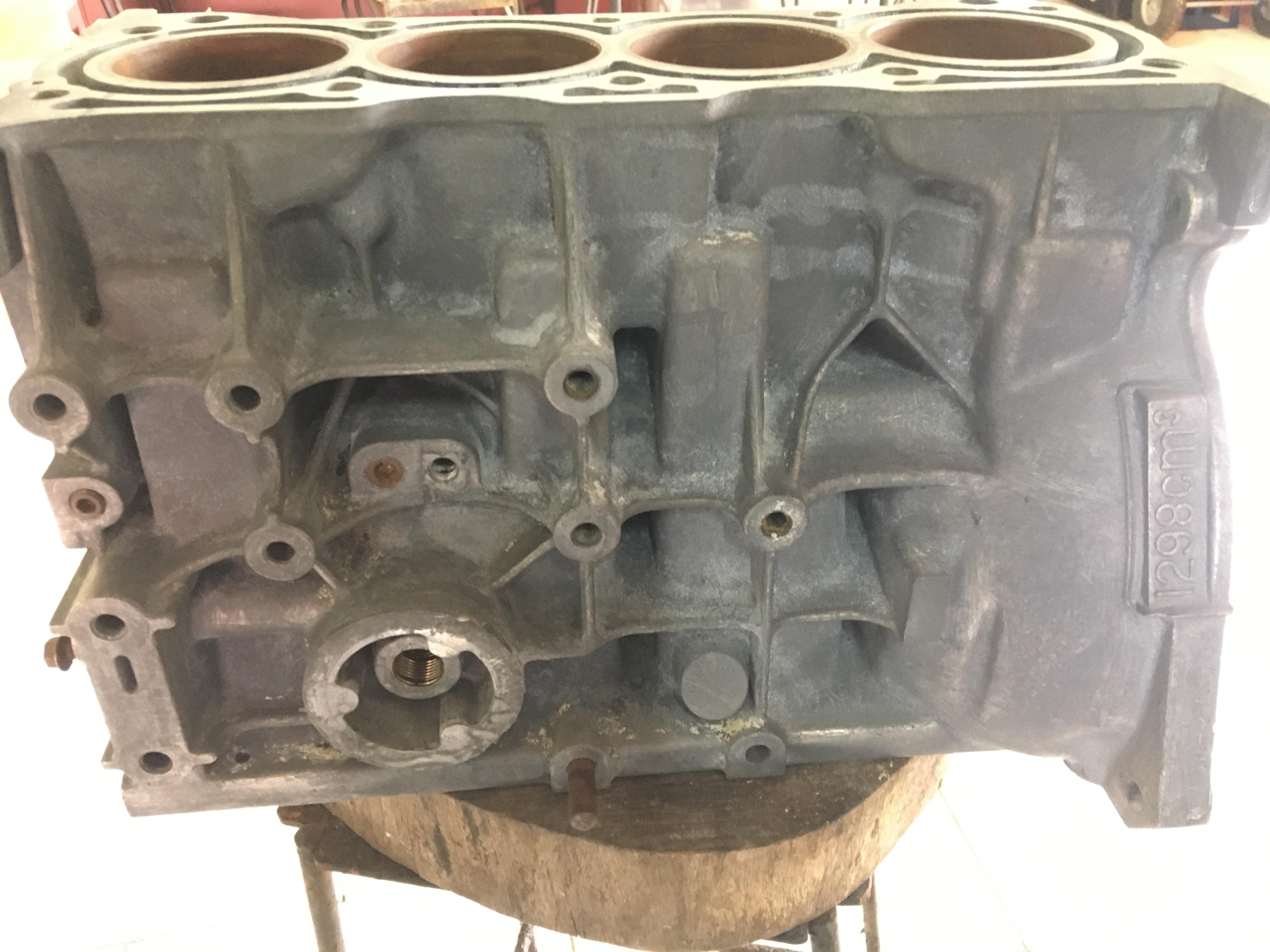 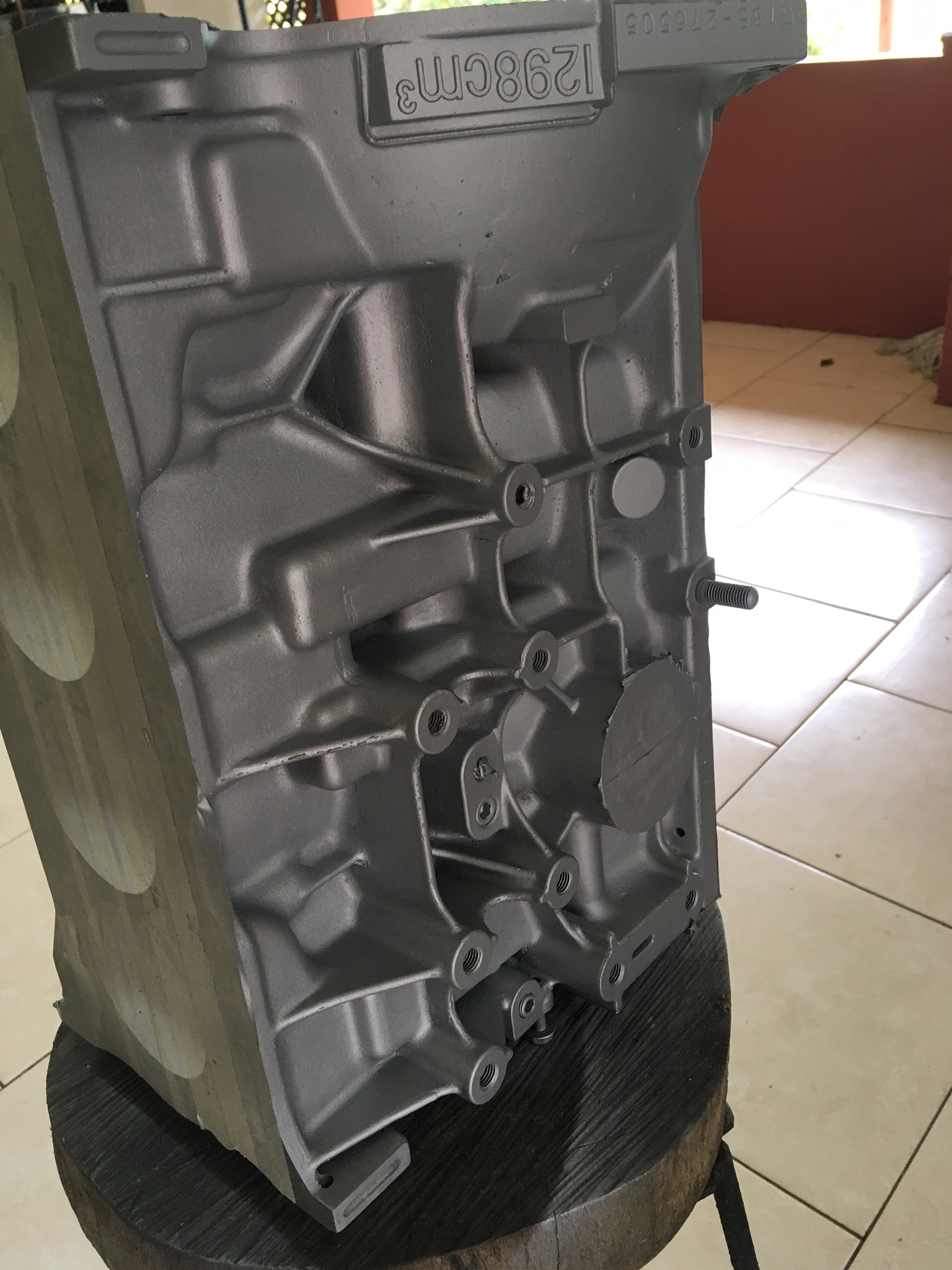 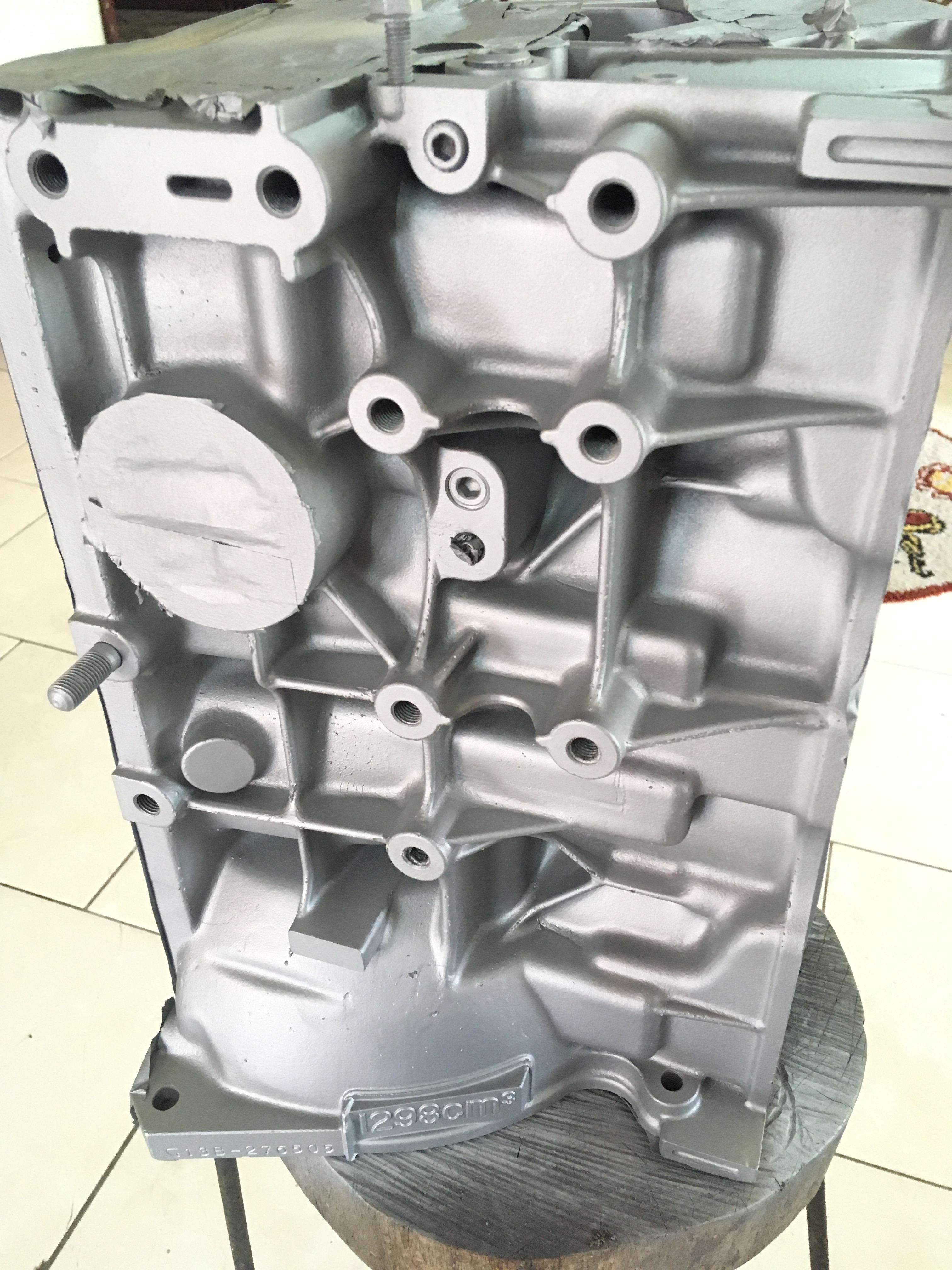 -  Tue Jun 08, 2021 9:13 pm #10361
Cultus head, will be reused. After tanking in degreaser, blown out with compressed air and sun dried. Sprayed valve train thoroughly with WD40 to displace any residual moisture and prevent rust.

Head and block cleaned and waiting for bottom end internals: 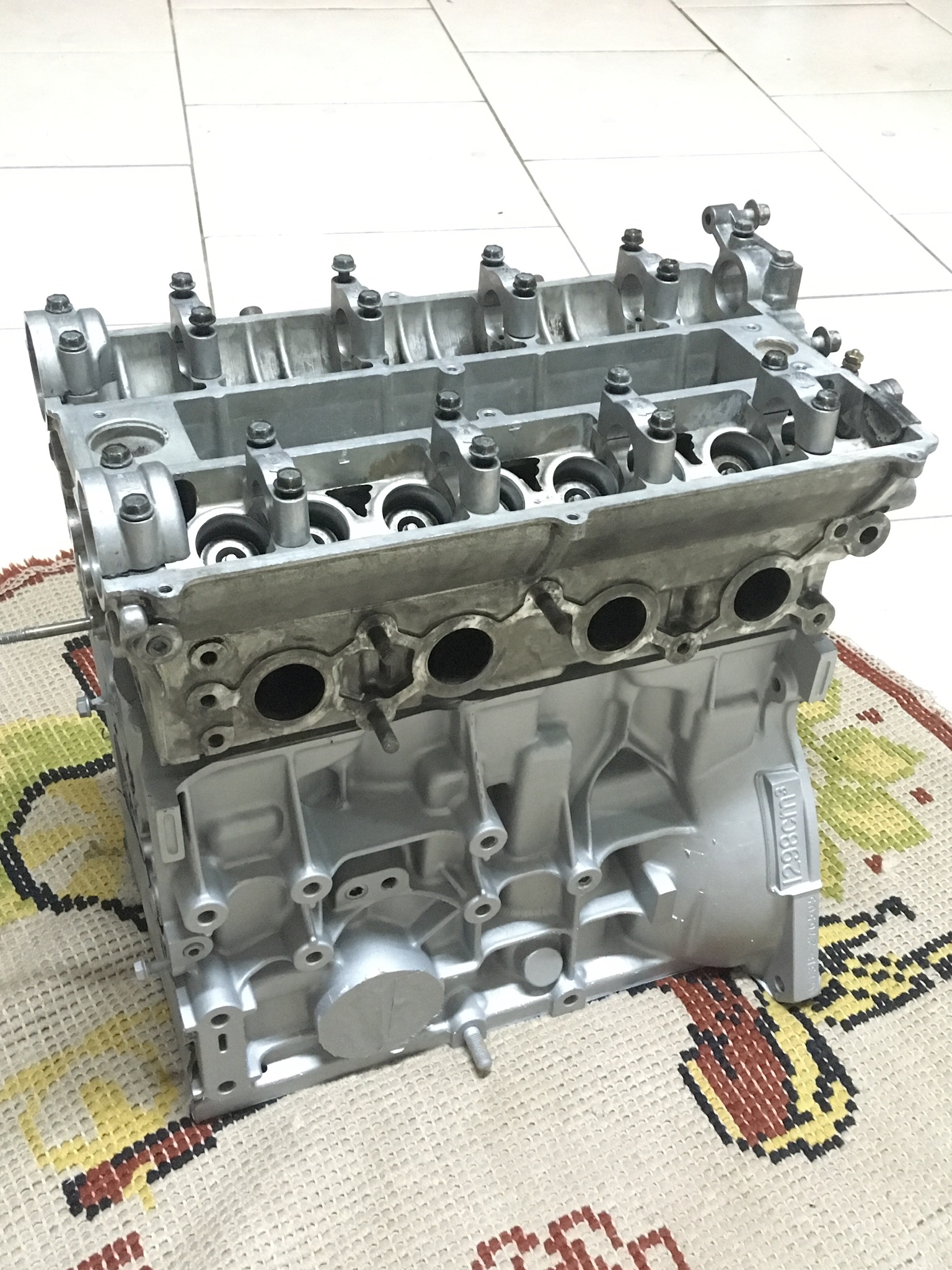 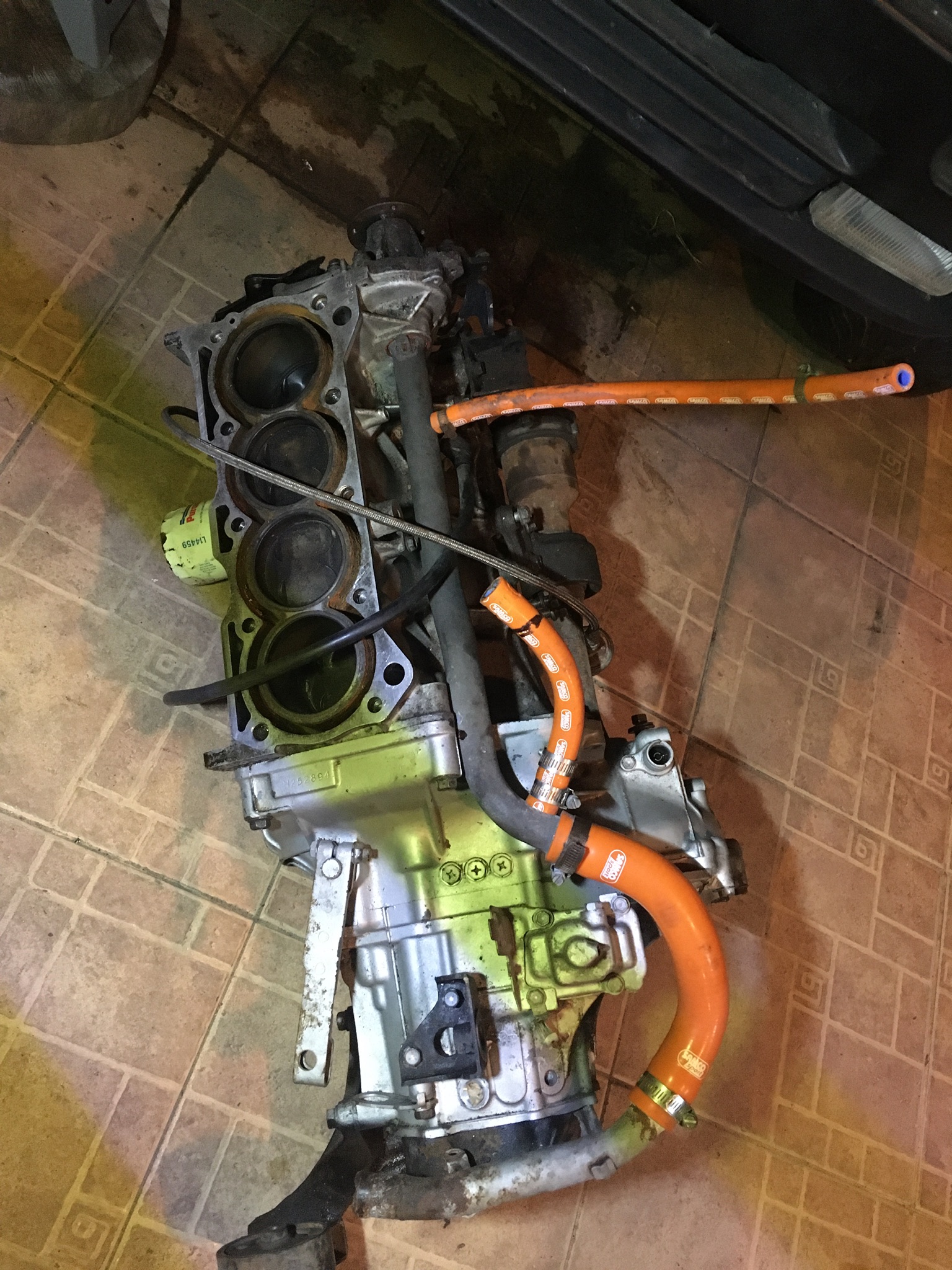 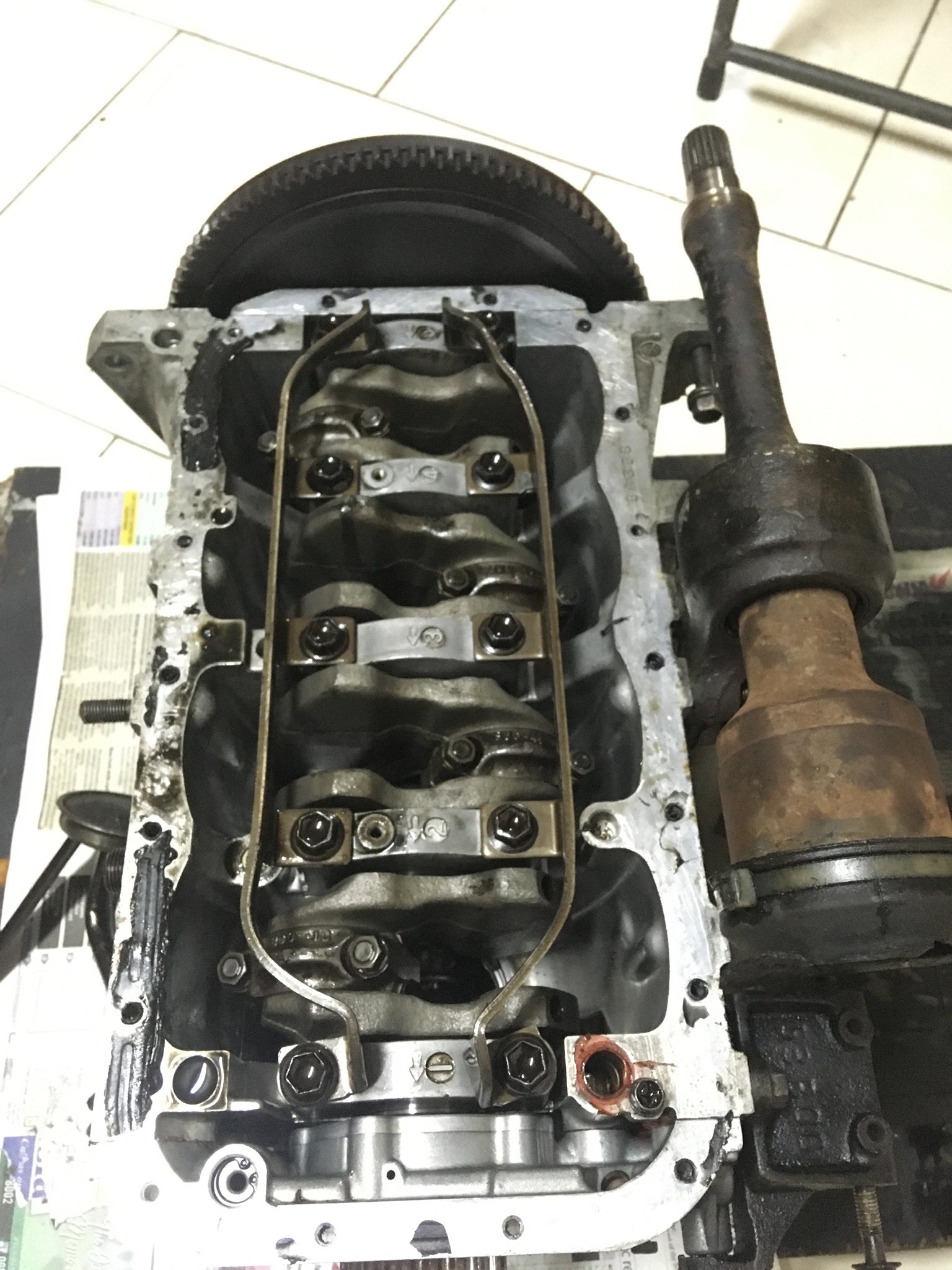 Disassembly begins…axle carrier bearing needs to be changed…too much play! 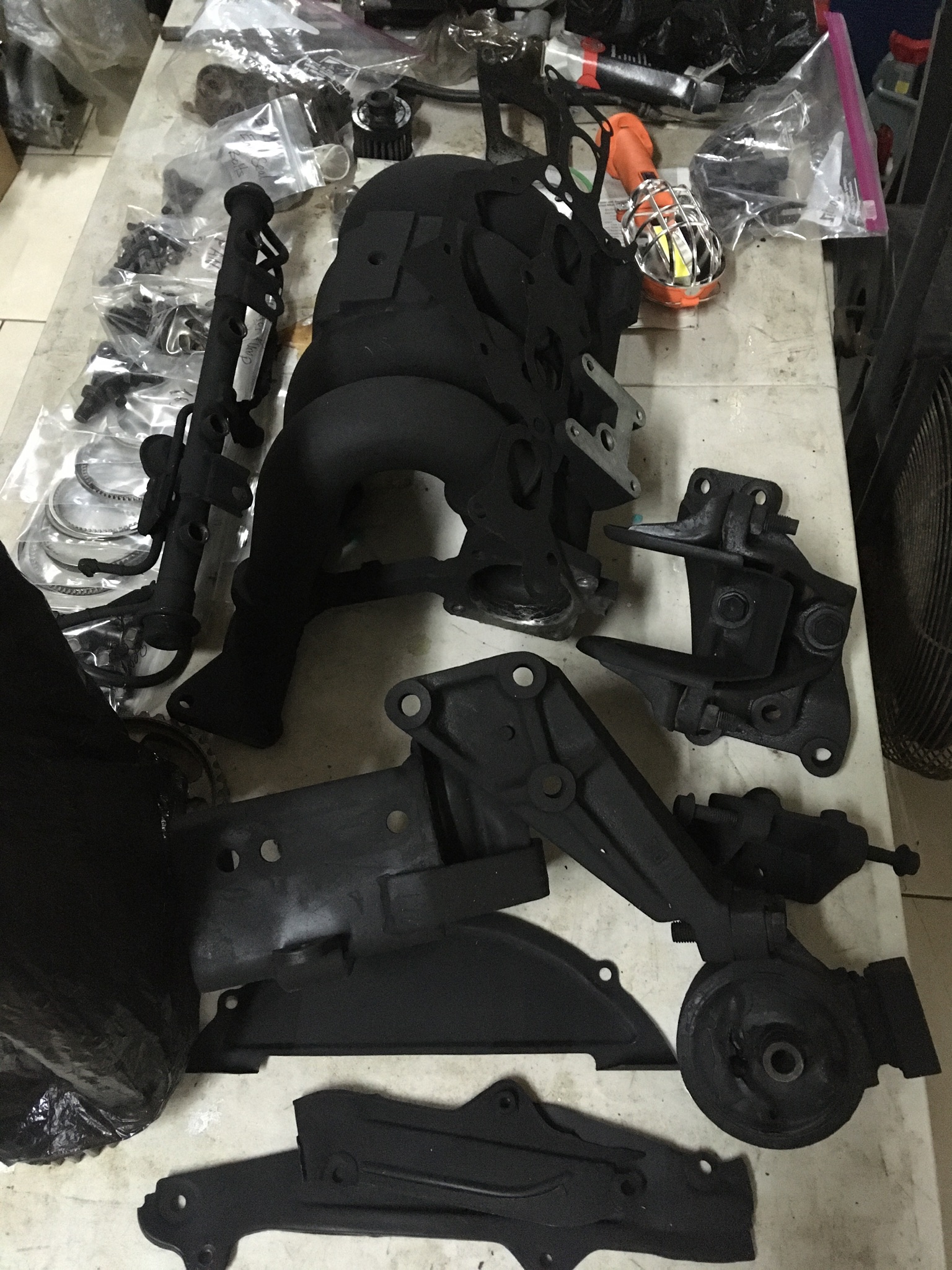 -  Thu Jun 17, 2021 8:27 am #10375
@gt4tified I moved your thread to the builds section since that’s really where it belongs. :) I’m enjoying it keep up the good posting! I need to get rid of that photos section it is just confusing for everyone and not needed.
gt4tified liked this
Admin of the Suzuki Swift Repository, as well as a GTi fanatic! Currently own a Red 89 GTi and a Black 93 GT .

@gt4tified I moved your thread to the builds section since that’s really where it belongs. :) I’m enjoying it keep up the good posting! I need to get rid of that photos section it is just confusing for everyone and not needed.

Thanks much. You saved me the trouble. I was going to transfer the pics across to this section.

78C0A88D-25F7-47CC-B20F-54CC3D8ADA65.jpeg (1.37 MiB) Viewed 496 times
Honed the cylinders…there was some surface rust and minor pitting so I had to hone in 3 stages. I checked the gaps with the old, but low mileage rings and the gaps across cylinders were a hair under the tolerance of .7mm so I‘ll be getting new ones in 0.010” oversized next week.
Walt liked this

Also having a time getting the axle carrier bearing and seals locally. If by next week I can’t locate them, I’ll have to look at maybe car parts dot com or rock auto.

Was going to install water pump tonight but I noticed the water intake pipe still had some rust on the inside, so I gotta deal with that first. Hoping some muratic acid and water will do the trick. The o-ring seal also looks a bit stretched so gonna have to hit the parts store tomorrow.

Nothing new to report, but I’ll just throw up this pic of a swift gti and cultus GTi intake manifold side by side. The cultus intake plenum looks significantly larger because it has been match ported for a SR20 throttle body, which was already part of the old setup. 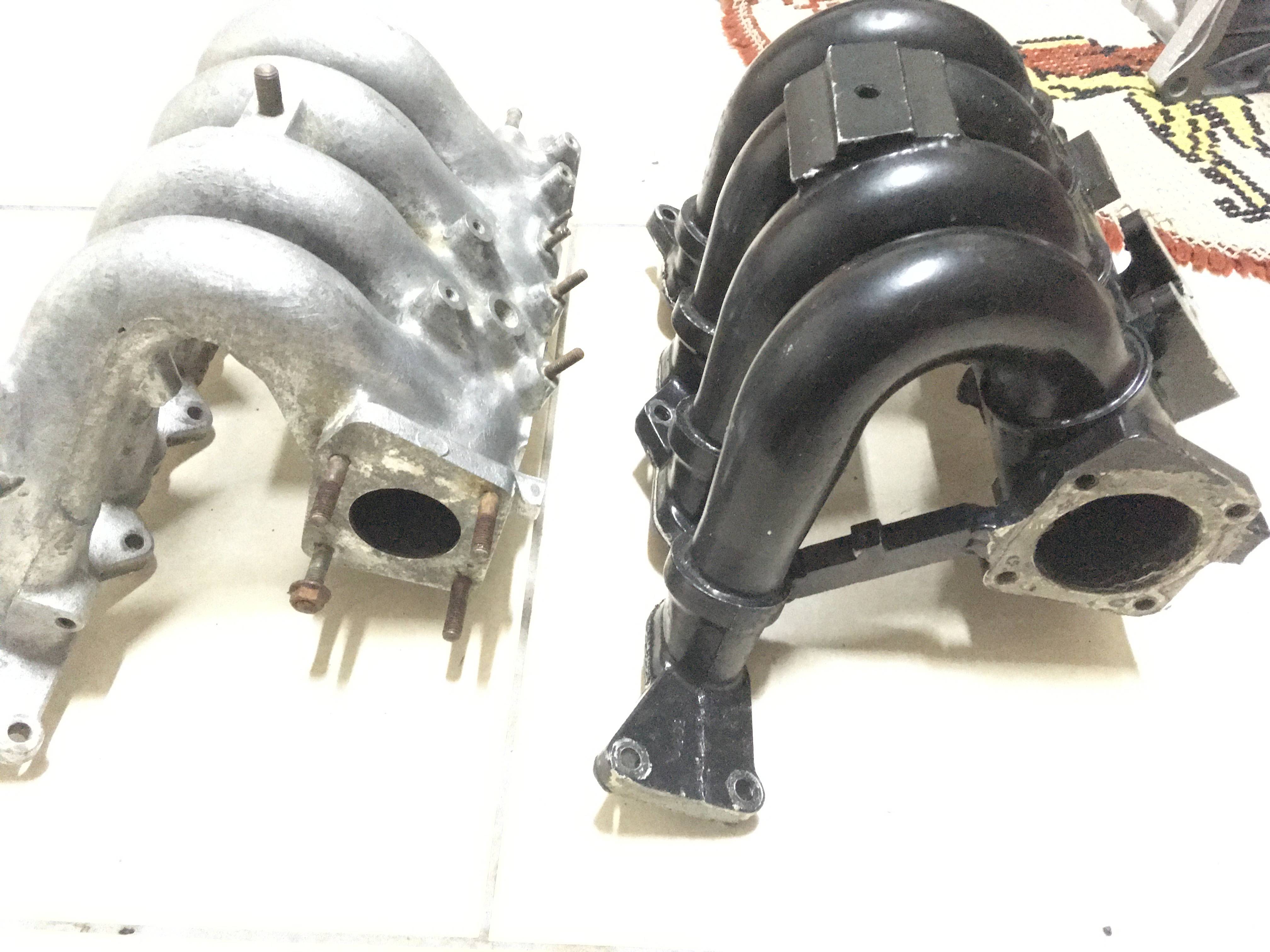 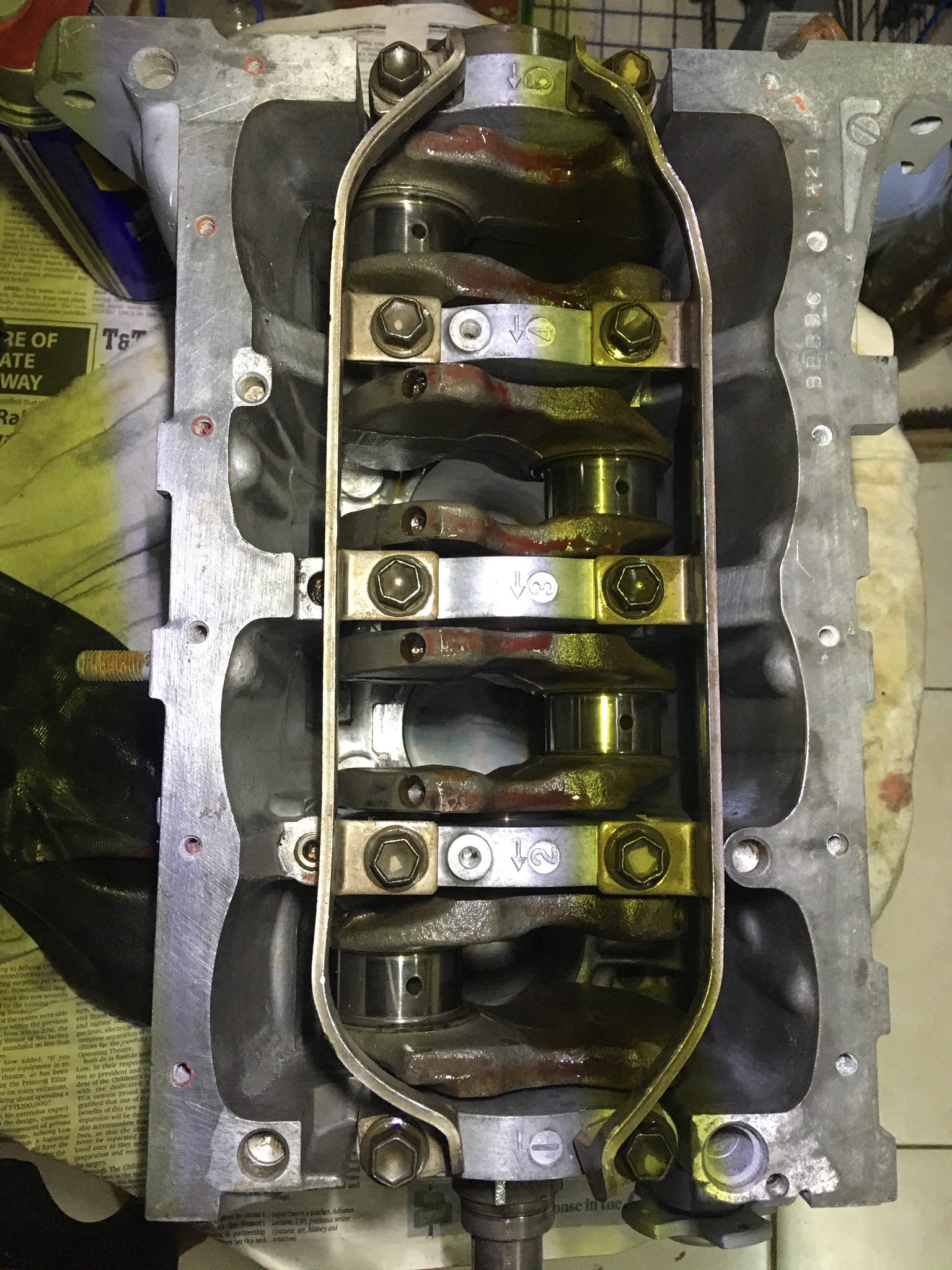 Crank and main bearing caps are in. 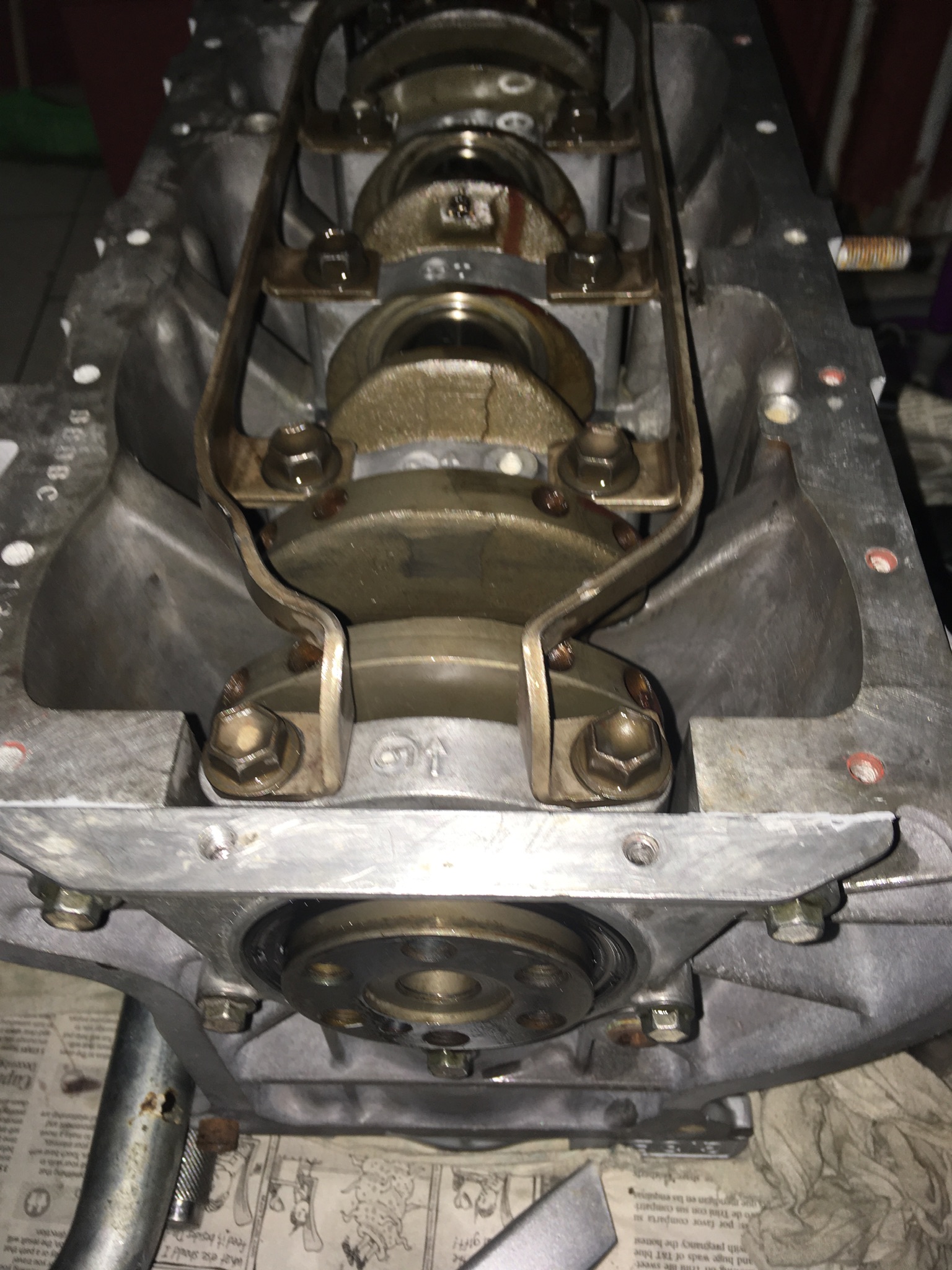 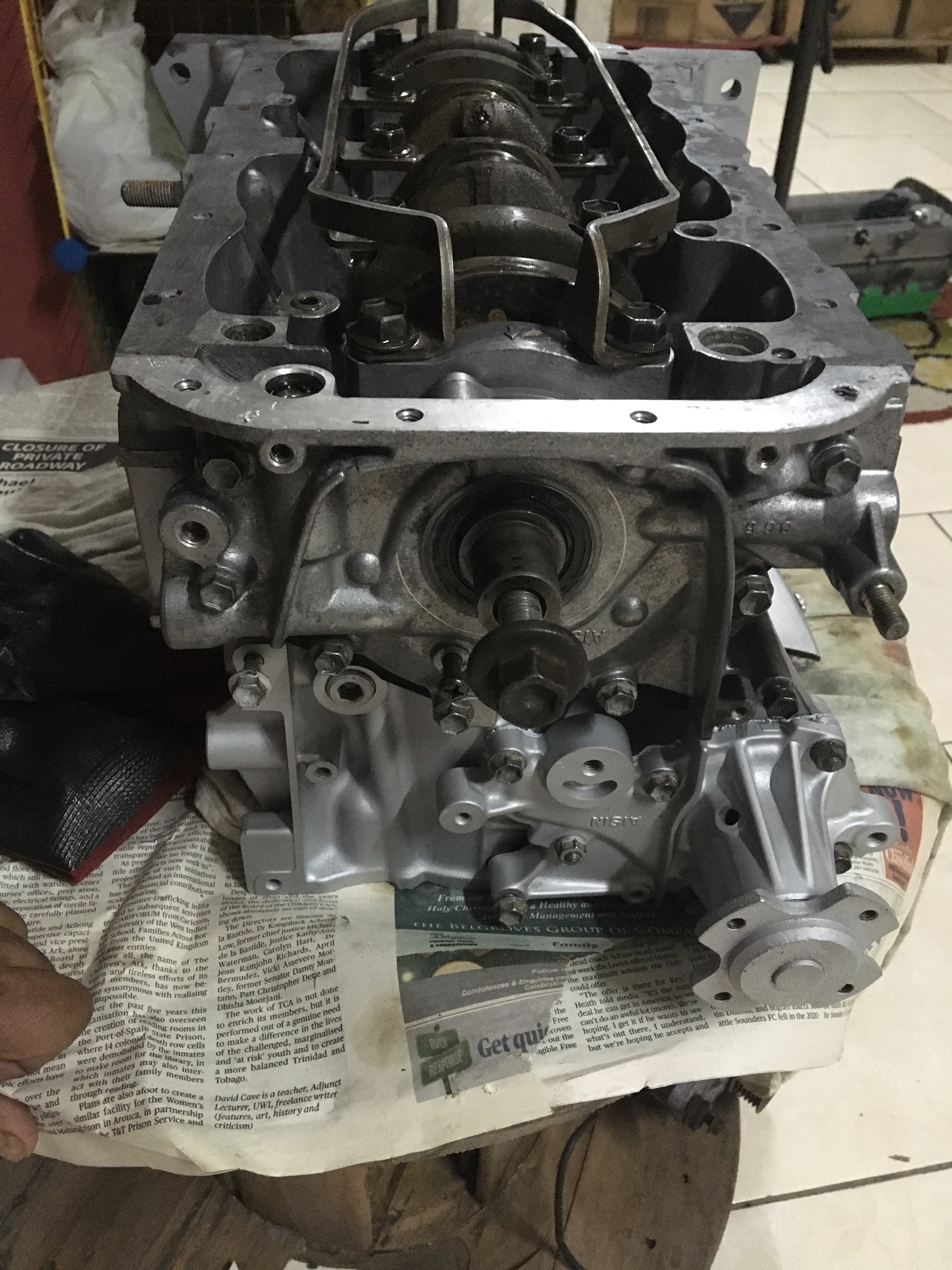 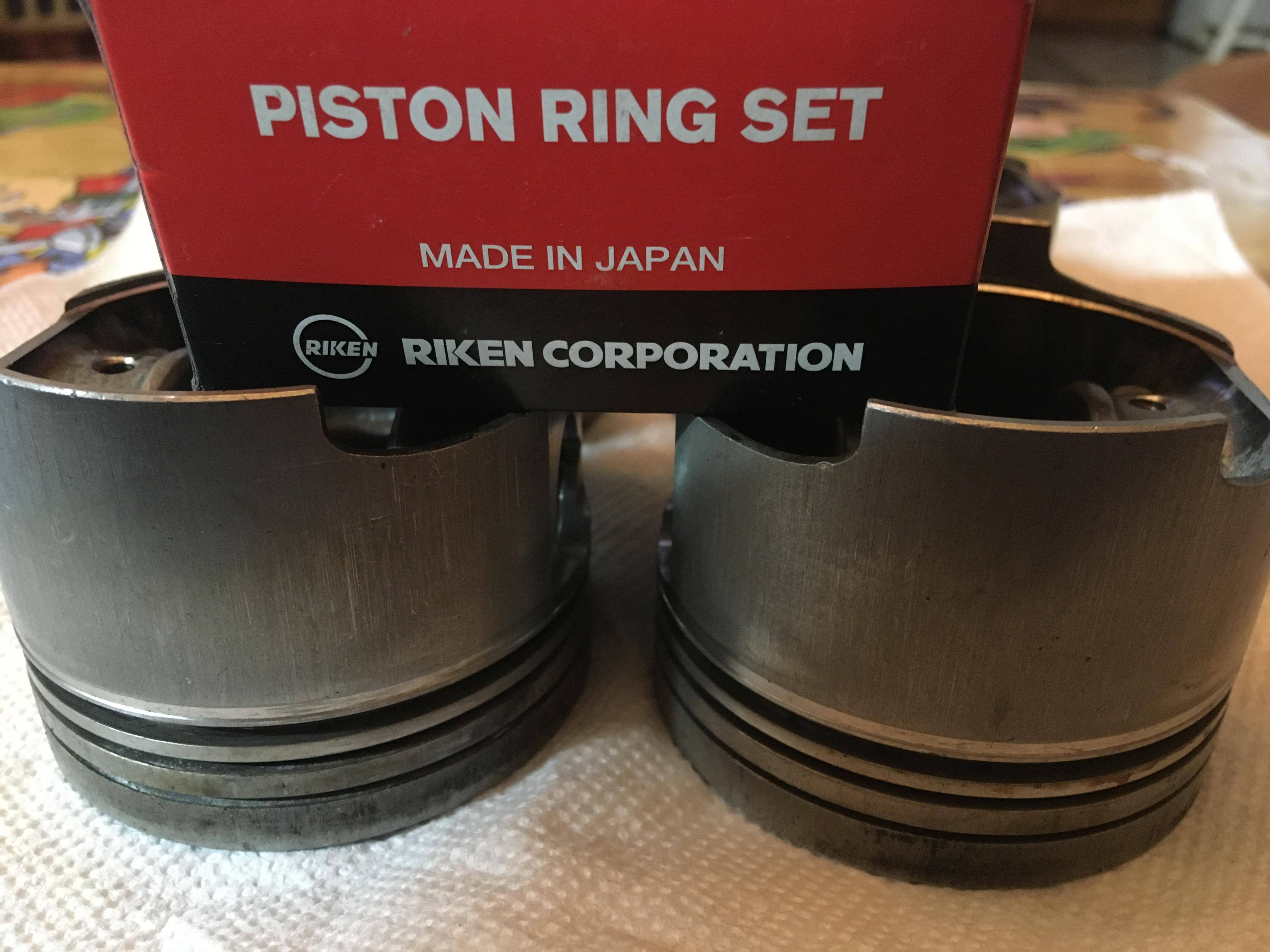 Given that there was not much else to do yesterday on the engine, I disassembled the pistons and conrods, cleaned, measured, lubed and reassembled them as per the repair manual’s instructions. 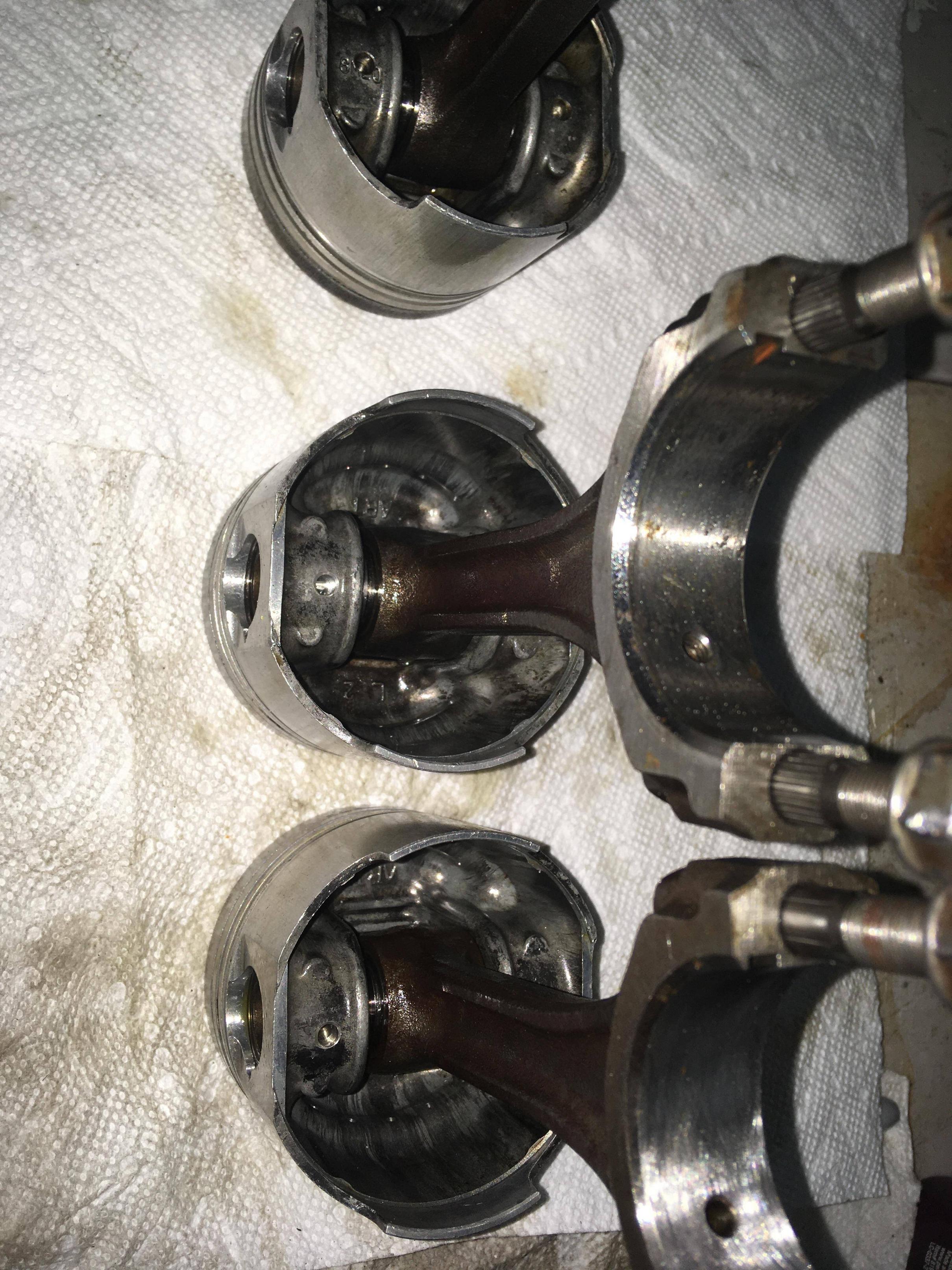 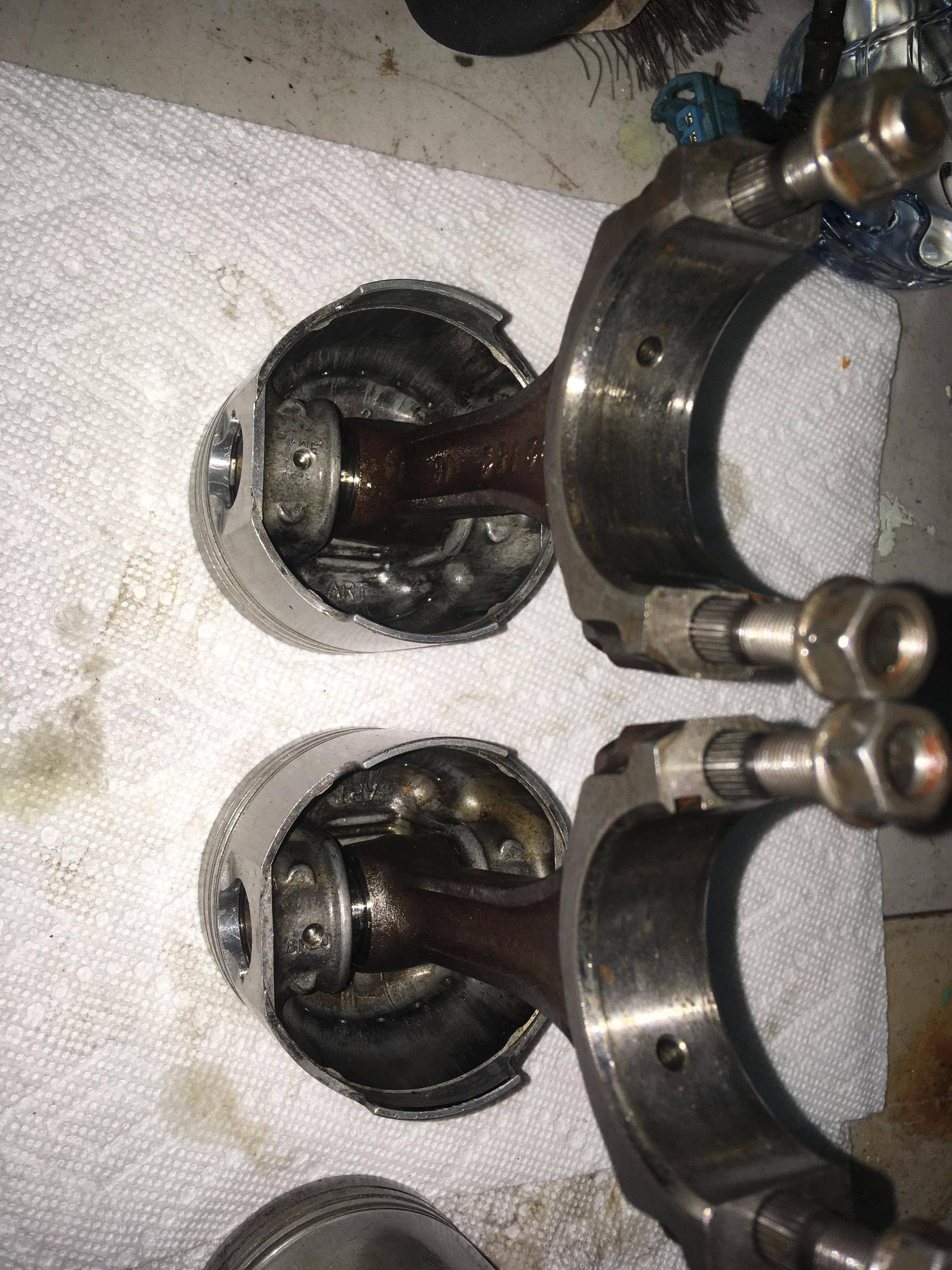 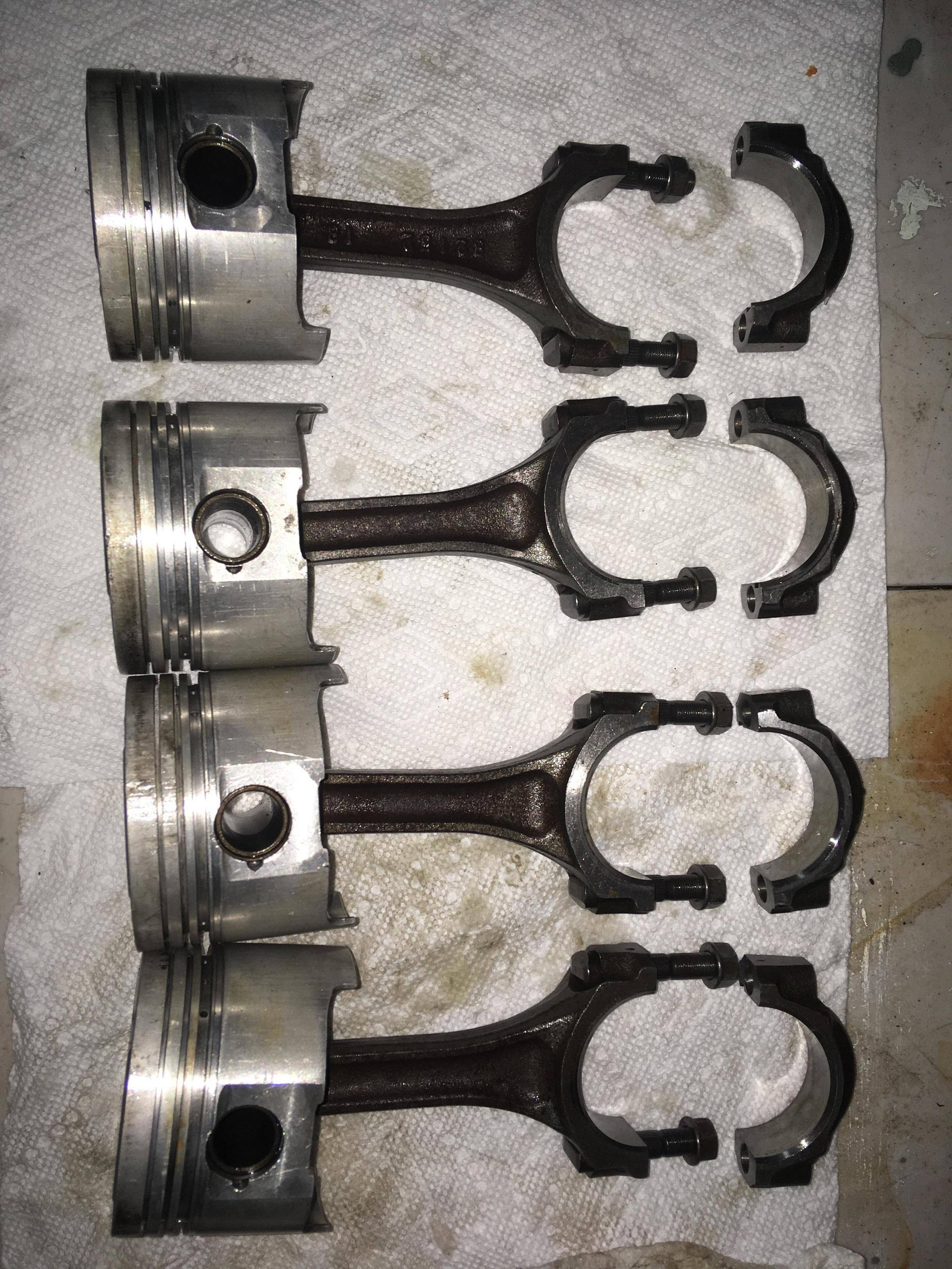 The connecting rod bearings will probably be fitted later today. Until then, cheers!

Mine's not officially for sale but always open to […]

Hi Guys, I just wanted to say that you may see s[…]

The Esteem was supposed to be the natural successo[…]