What did you do to your Swift today

Discussion on anything swift related. Got a new whip? Spotted a swift somewhere? Just want to shoot the breeze about your cars?
Reply

-  Sun Jul 19, 2020 9:28 am #8669
oldest son was being an asshat towards his mother, she gave him 2 options, he chose option a, so she repo’d his (my ) car and his (her) cell phone and we moved him out to a friends place. he was being defiant about helping around the house, and getting a job. so he got some money that was saved for him, and out he went.

did an oil change and filter on my 1.0, and getting decent mpg on this rebuild…5L/100 km- with an auto trans
macuserman liked this
keep a low profile to minimize your existence . existence is pain

My son driving my red GTi for the first time. He’s driving on a learning permit right now. He described it as, feels like driving a go-kart. I said, “ YEEEESSSSSS” with excitement 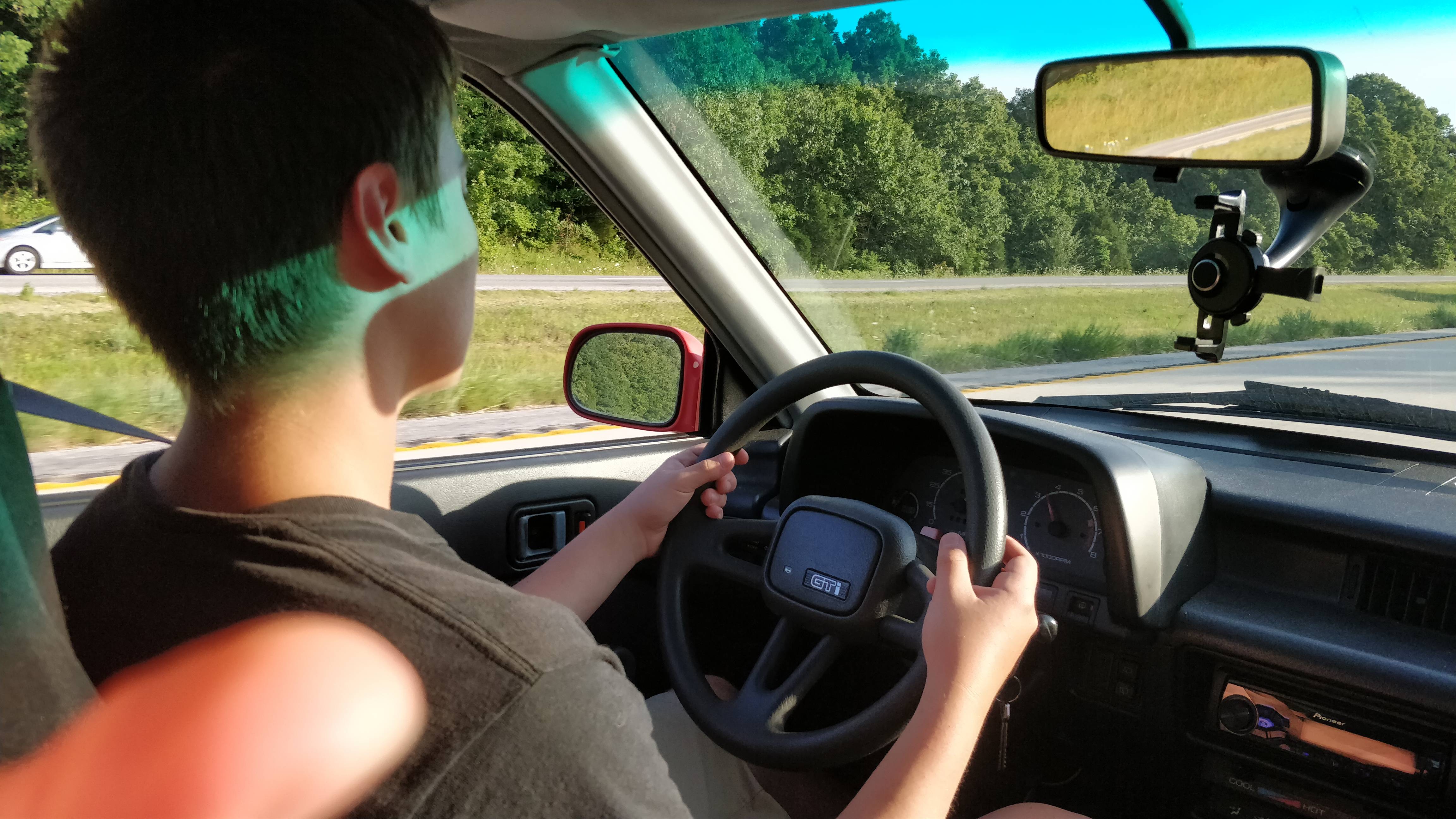 It’s nice when you don’t have to drive everytime. I don’t get that too often. 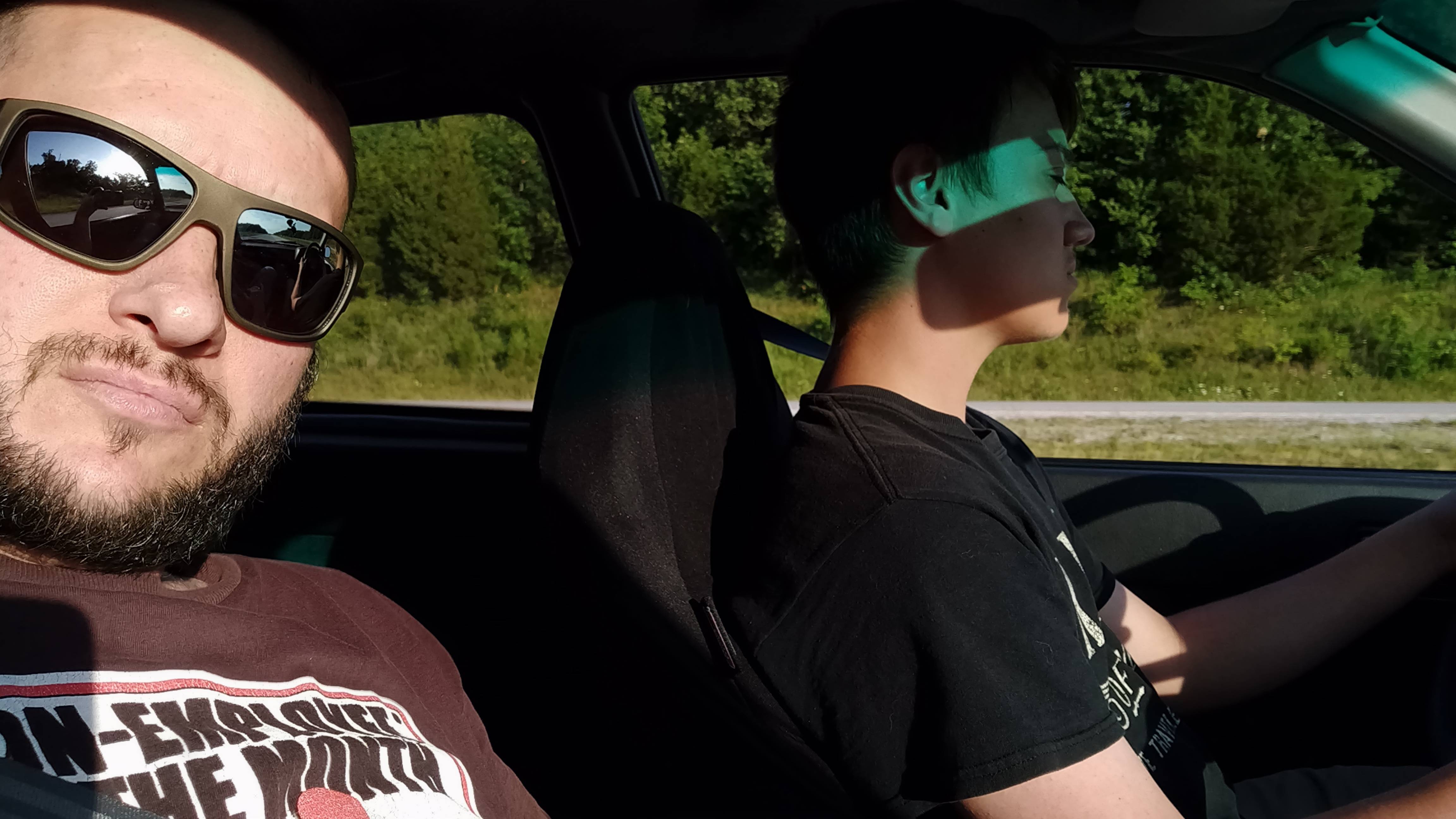 oldest son was being an asshat towards his mother, she gave him 2 options, he chose option a, so she repo’d his (my ) car and his (her) cell phone and we moved him out to a friends place. he was being defiant about helping around the house, and getting a job. so he got some money that was saved for him, and out he went.

It’s probably none of my business.. but older teenagers brains aren’t fully developed yet.. and their parents/elders sometimes forget this, because they look like adults. Hurtful words and pride can get in the way of reconciliation.. Maybe give the kid a chance to save face and apologize to Mom?

-  Mon Jul 20, 2020 10:11 pm #8679
i had nothing to do with it, it was all up to her to deal with , as i was way out in the country repairing fence with the neighbour, where there was zero phone service, let alone proper roads. he needs a kick in the ass, he was pretty mean to his mum, and he gets what was coming to him. he wants to hang out with his friends, sure, but we had rules about the car and chores at home if he wasnt working and living at home, as wel as rules about the car, as it was registered and insured under the parents.
plus, i dont have the extra money right now- esp for him to treat us like that . he can get a job and PROVE to me that he is responsible. then we can maybe talk car. for now i am more stress free with him gone. he was doing anything we asked him to do around the home very half- assed , if not at all.
I HATE DOING JOBS TWICE . my wifes health cant deal with him either being an ass.
fireflyse liked this
keep a low profile to minimize your existence . existence is pain

-  Sat Jul 25, 2020 9:18 pm #8697
my youngest son wanted to install a fresh rebuilt 1.0 i did up for his car- so today after cleaning up the shop and taking the garbage to the dump,we started in on his ’91 sprint- it was pretty straight forward, he has helped before with engine swaps so he had a general of what to do to make it happen.
the p.o tried to remove the fuel injector and snapped a screw off, so we decided to remove the broken screw as well. it actually came out , with the help of a drill, the map gas torch, and eazy-out. decided to check his fpr, and one of the screws snapped off as well- drill, map gas torch, and a #10 torx bit hammered into the hole and the broken part came out easy peasy. his fpr is a little rusty inside.
he took apart another fpr, screws came out easy without heat, but that fpr spring and diaphram are very rusty, the spring is badly eroded by rust. BADLY. his fpr spring is just dusty rusty color
ordered some new parts from r.a, and need to refill my coolant pipe / dizzy o-ring supply-those i can get locally.

keep a low profile to minimize your existence . existence is pain

car is alive, one minor leak in a throttle body hose, swapped that out for a better one. highway run was good. needs a big brake upgrade- those tiny brakes suck!

jumpinwired, GT4LIFE liked this
keep a low profile to minimize your existence . existence is pain

-  Sun Aug 02, 2020 9:10 am #8718
took the latest engine swapped car for a good run to town-no issues, ran good. i dont like the little clutch in this one, but the clutch set-up is new, so run with it.
might put a few miles on it , to help the engine break in. my other rebuild took almost 5,000 km to feel good power.
debating about a knuckle upgrade on this one as well. those small brakes are very weak, even more so when the car has some stuff in it and passengers.

i may have to make a '‘wheel of suzuki’' so each car gets a little road time….

fireflyse liked this
keep a low profile to minimize your existence . existence is pain

-  Sun Aug 09, 2020 8:26 pm #8736
fixed a rather annoying squeaky / grinding rear drum brake on my daily driver- there is a large hole in the backing plate that was letting all sorts of gravel in there- the shoes and drum had deep grooves carved into it… not worth turning a used drum that bad….
drove a t3 donor car into the shop, son and i pulled a rear drum and shoes, swapped that onto the metro. pulled the other drum and checked/ adjusted the brakes. replaced the bad backing plate, had a really low mileage one from a vert that is being stripped out….was already loose in the trunk, awaiting this install.

bled brakes, adj tire air pressure, and kick it out the door. that t3 car still moves under its own power, but has no brakes to speak of- the park brake hardly even works…

one of these days i will park a vert and t3 side by side and start swapping parts…..

Walt liked this
keep a low profile to minimize your existence . existence is pain

i have never replaced an injector/ injectors on th[…]

they are you instruction Mike it look like it had […]